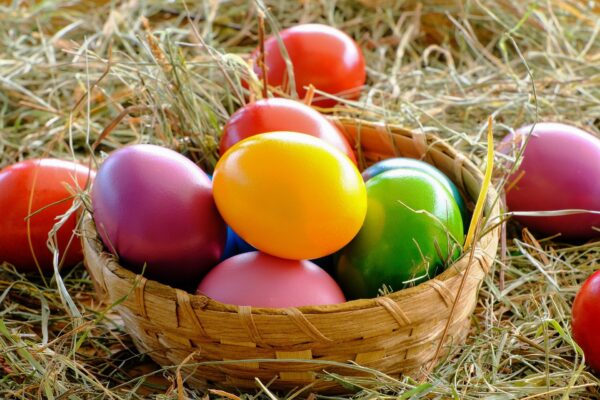 Easter is the celebration of the resurrection of Jesus from the tomb on the third day after his crucifixion.

Easter is the fulfilled prophecy of the Messiah who would be persecuted, die for our sins, and rise on the third day (Isaiah 53).

Remembering the resurrection of Jesus is a way to renew daily hope that we have victory over sin.

According to the New Testament, Easter is three days after the death of Jesus on the cross.

Easter follows a period of fasting called Lent, in which many churches set aside time for repentance and remembrance.

Lent begins on Ash Wednesday and ends on Good Friday, the day of Jesus’ crucifixion.

The 40 day period was established by Pope Gregory 1 using the 40-day pattern of Israel, Moses, Elijah, and Jesus’ time in the wilderness.

The week leading up to Easter is called The Holy Week, or “Passion Week”, and includes Palm Sunday (the day Jesus entered Jerusalem and was celebrated),

Maundy Thursday (the “Last Supper” where Jesus met with his disciples to observe Passover), and Good Friday (when Jesus would be crucified on the cross).

Origin of Easter and First Celebrated

The earliest Christians celebrated the resurrection on the fourteenth of Nisan (our March-April), the date of the Jewish Passover.

Jewish days were reckoned from evening to evening, so Jesus had celebrated His Last Supper the evening of the Passover and was crucified the day of the Passover.

The origin of Easter started with early Christians celebrating the Passover worshiped Jesus as the Paschal Lamb and Redeemer.

The origin of some of the Gentile Christians began celebrating Easter in the nearest Sunday to the Passover since Jesus actually arose on a Sunday.

This especially became the case in the western part of the Roman Empire.

In Rome itself, different congregations celebrated Easter on different days! 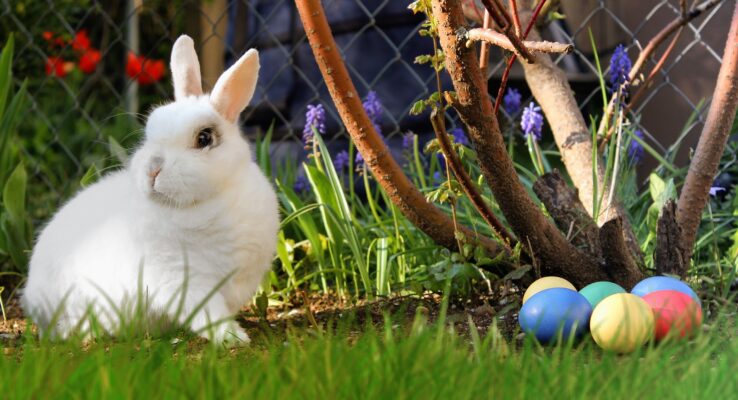 What Does Easter mean?

The origin of the word easter isn’t certain.

The Venerable Bede, an eighth-century monk, and scholar suggested that the word may have come from the Anglo-Saxon Eeostre or Eastre – a Teutonic goddess of spring and fertility.

Recent scholars haven’t been able to find any reference to the goddess Bede mentioned and consider the theory discredited.

The word east comes from the same roots.

In this case, easter would be linked to the changing of the season.

A more recent and complex explanation comes from the Christian background of Easter rather than the pagan.

The early Latin name for the week of Easter was hebdomada alba or “white week,” while the Sunday after Easter day was called dominica in albis from the white robes of those who had been newly baptized.

The word alba is Latin both for white and dawn.

People speaking Old High German made a mistake in their translation and used a plural word for dawn, ostarun, instead of a plural for white.

From ostarun we get the German Ostern and the English Easter.

Now we know about what is the Easter and origin of the Easter!

At this Easter day, let’s remind the origin of Easter day! Not just having Cream eggs 🙂

Claire Nowak, 9 Fastinating Easter Traditions from Around the World, Readers Digest
Mary Papenfuss, Aussies Are Shunning Bunnies and Embracing the Easter Bibly Instead, Huffington Post
Christianity.com When is Easter?

Excerpted from Holidays & Holy Days, © 2001 by Susan E. Richardson. Published by Regal Books, 1957 Eastman Ave, Ventura, California, 93003. Used by permission. All rights reserved. You can purchase this book at christianbook.com.